Categories
Pages
Home » Author » Publishing: Traditional vs. Indie – And The Winner Is… »

Publishing: Traditional vs. Indie – And The Winner Is… 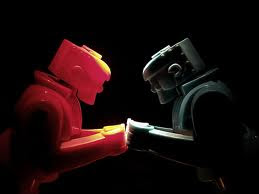 I’ve wanted to write this post for a while, but I’ve continued to put it off because of the emotions it provokes within me; anger, frustration, sadness. Because of those feelings, I didn’t want to approach the topic until I could pull myself away from it a little. I realize telling you differences of Side A versus Side B would be useless. Chances are you’ve already chosen a direction, and either way, you should proceed with confidence. If you haven’t picked a path to take, you’re intelligent, so with some research and personal reflection, I’m sure you’ll make the decision that’s right for you. I’m not here to sway anybody one way or the other. I’m here to say enough is enough.
If you’ve followed my blog, you know how I feel about self-publishing and traditional publishing. In a nutshell, I respect both routes. They each bring something different to the table, they both have positive and negative factors to consider, but most importantly, they’re both outlets for writers.

Writers. The people behind the books. The slayer of words The words you so thoroughly enjoy are created from the minds of the many of who walk the thin line of reality, push the boundaries of sanity, and I hope, threaten to exceed their own limitations with each new project.
Writers: the people that give the publishing world a reason to exist.

It doesn’t matter if you’re an indie, if you work with a small press, or if you have agent and you got a contract with a Big 6 publisher. It doesn’t matter if you have a degree in English, publishing, or creative writing. All that matters is a) do you have a story to tell, and b) do people want to read it? It doesn’t even matter if you have the grammar and spelling ability of a five-year-old. That’s what you pay an editor for. Do you have what it takes to keep your eye on the prize? Can you, borderline crazy individual with a knack for stretching the limitations of reality, tell the desirable reader, a story?
Does it matter who glued your cover on? No. Does it matter what publisher put your book in book stores, or if your book is available in physical stores at all? No. It doesn’t matter if you believe Amazon is the devil, or that the Big 6 are poor unfortunate souls suffering the repercussions of a changing industry, because that has no value on whether or not you, as a writer, have the ability to tell a good story.
You could make 5 million dollars on a single book contract with Penguin, you could get a movie deal with Warner Brothers, or you could be some random person who wrote a few words, hired an editor to polish their work, and clicked publish. If you can write stories we want to read, and tell them in a way we enjoy, you win. That means you beat the agency model vs. wholesale model. You beat the demons of Amazon and the trolls of the Big 6. You told a story people want to read, and we want more. More of you, your stories, your words, your imagination. We are now invested in you, and we will be until you give us reason not to.

The only reason I ever pick up a book is to get lost in another world. I want to give that story a chance to sweep me off my feet and carry me away from reality. I didn’t pick it up because Oprah told me to. I didn’t buy it because I buy everything St. Martin’s Press publishes. I bought it because it sounded good to me. That’s it. There is no complicated formula here. Write a good book, and give us the ability to find it. If we enjoy it, you can steal our imagination away any time you like.
If you’re indie: write a story, hire an editor, and good luck.
If you’re traditional: write a story, query your butt off, and good luck.

Forget where you came from. Stop your ranting about how indie authors are a drain on the publishing world, because there can be a million horribly written books self-published every day. Without sales, good reviews, some buzz, and some kind of ranking, they’re not going to “bog down” a reader’s search for good books. Give readers some credit. They’re not stupid, they’re intelligent people. Are you worried about false reviews, and books being promoted by friends and family? Read the sample and see for yourself. The sample, in case you were unaware, is free. It doesn’t hurt you to test the waters before you jump right in.

On the other end, cut the crap about how traditional authors are the arrogant demons of the publishing world. Or how Twilight never deserved to be published, or that Meyers didn’t deserve to get an agent because the writing is horrible and yours is so much better. Millions of people love it, that’s what matters. Someone had a story to tell, they told it, and a chunk of the world embraced it. Good for Meyers and her readers. They both win.

The truth is, there are arrogant, self-serving, ignorant writers on both sides of the fence. It isn’t just one side or the other. And for those of you that belong in that category, it doesn’t matter what side you’re on, because either way, you look like jerks.

When it comes to books, two people matter in this world and two people only; the writer and the reader. If the writer has a story to tell, and the reader wants to read it, then that’s all that is important. Everyone else in the publishing world is a middle man. Amazon is a middle man as much as the Big 6 are. Writers write. Readers read. And so the cycle continues.
We are writers. We are fighters. We are dream chasers, and never giving uppers.

Traditional and Indies, we’re all the same. The only difference is the choice we make to get our words to the readers. When we started, we all just wanted to tell stories. To have someone enjoy the world and characters we could create. Has that been forgotten? We all have our own opinions, and that’s fine, but in the end, all that time you’re wasting fighting and trying to convince the other side just how wrong they are, was an opportunity you missed to tell a story. The reading world is now short one great book from you, all because tunnel vision led you in the wrong direction. Which direction was that? The one where you chose to cry, whine, and stomp your feet about the other side and how the world is changing, rather than keeping yourself busy balancing that line of reality, stretching the realms of possibility, and telling us a great story. If you’re busy fighting a battle among your peers instead of writing more great stories for us to devour, who wins then?